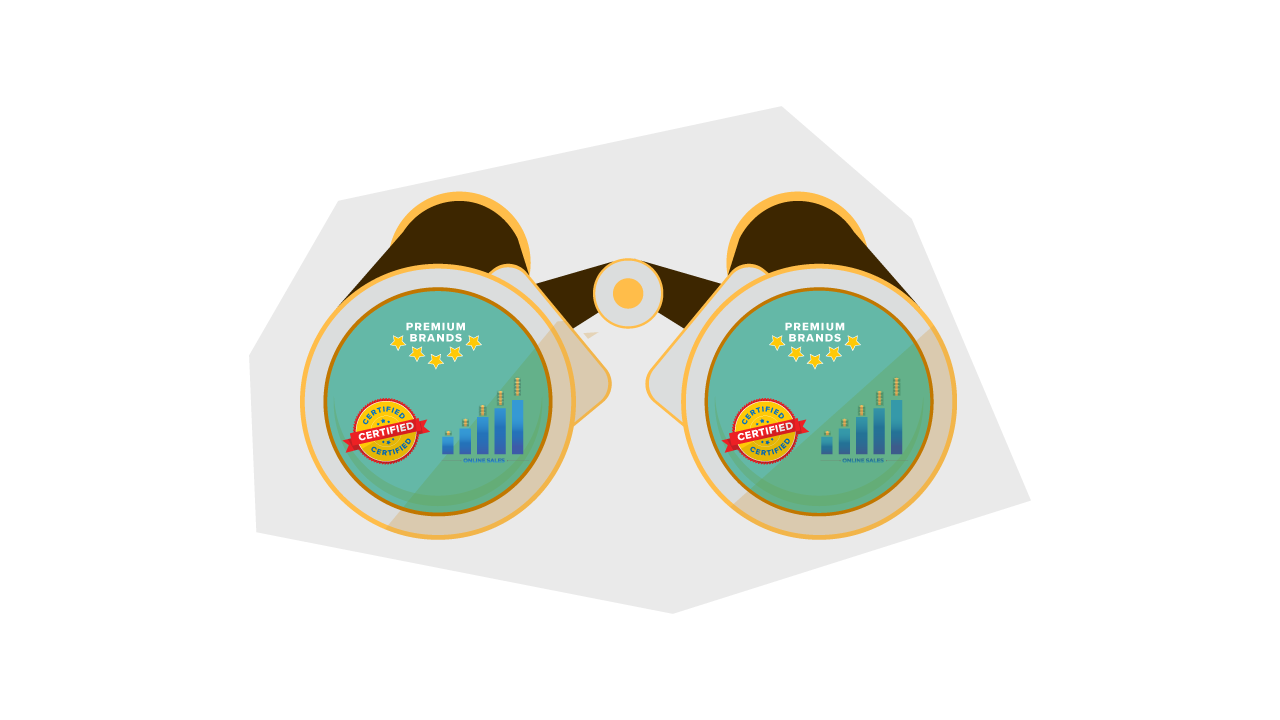 With consumer spending on Amazon.com skyrocketing due to the pandemic and a firm like Thrasio raising billions, Amazon aggregators are taking the eCommerce world by storm. In fact, companies that have acquired flourishing Amazon brands have raised almost $15 billion in capital.

If you don’t know what Amazon aggregators are, this article will introduce them and what they do. We’ll also discuss examples of such companies and what characteristics they look for before making an acquisition.

What is an aggregator?

An aggregator is a company with a networking eCommerce business model that involves gathering information in one place about a specific product or service offered by competing providers. Then, these providers are made into the company’s partners.

An aggregator oftentimes banks on its ability to market its partners. This typically involves creating a single domain that offers standardized quality, pricing, and convenience to customers.

Because of this, the providers are required to supply products that meet those standards. But, at the end of the day, the aggregator’s efforts are usually a win-win for both the company and its suppliers. It should offer advantages that make it appealing to its potential partners.

Other features of an aggregator include:

Normally, an aggregator generates revenue through commissions; since the company provides its partners with customers, the partners pay a percentage of their earnings. It’s a mutualistic business relationship.

How much they earn depends on the industry, season, and where the products are sold, among other factors. As for how the price is structured, the partners first quote a minimum price. Then, the aggregator quotes the total price to the final customer.

Aggregators may also make money from purchasing brands under their own umbrella, then managing them as the new brand owners. In this case, they will need to streamline and unify operations to be able to handle the different business models for profitability and efficiency.

What is an Amazon FBA aggregator?

An Amazon FBA aggregator purchases or markets multiple different brands on Amazon. They optimize listings and invest strategically in ads to boost sales. They then rely on FBA to handle the logistics, and streamline fulfillment.

As an example, imagine these four separate sellers:

Since these FBA businesses offer winter sports gear, the aggregator can potentially earn more by acquiring all of them and selling their products under a single entity.

The goal of an Amazon aggregator

FBA aggregators aim to scale their acquired brands to gain revenue for investors. As reported by Spencer Soper of Bloomberg, different investment entities support companies that position themselves to transform budding Amazon sellers into bigger brands.

To realize that goal, aggregators — which are normally piloted by people with eCommerce experience — actively look for partnerships with entrepreneurs to incubate Amazon brands.

Others, however, gather more than FBA brands under one roof. The Amazon aggregator Goja, for example, has a more hands-on approach to help its acquired businesses fully integrate and flourish. CEO and founder Walter Gonzalez explained Goja manages certain aspects like software, inventory, and marketing.

The company aims to create infrastructure, with the marketplace as its focal point, that allows them to manage eCommerce businesses seamlessly. To achieve this, Goja has teams and specialists that handle the following:

To help you further understand how they work, here are some of the top amazon FBA aggregators — all based in different countries.

In the last three years, this Boston-based eCommerce group has acquired more than 100 Amazon sellers in various categories, including:

Composed of over 700 people, Thrasio’s teams of experts handle brand management, supply chain, and growth marketing. The company also made an estimated revenue of $1.4 billion in 2021 and, in 2022, is forecasted to surpass $3 billion in earnings.

Some of the notable brands Thrasio has acquired and scaled are:

Alphagreen Group is a global acquisition and incubation platform that focuses on acquiring high-quality, profitable brands in the health and wellness space. The company helps them scale through its distribution channels and omnichannel network consisting of:

A noteworthy brand in the company’s portfolio is Yawns, which offers natural sleep and energy supplements. Regarding its financial resources, Alphagreen has raised £3.5 million in pre-seed capital and even secured a debt facility for easier acquisitions.

This Berlin-based company is one of the first Amazon aggregators, founded in 2005. It boasts impressive numbers:

The Berlin Brands Group manages Amazon businesses in various categories, including Home & Kitchen, Garden & DIY, Furniture and Tools, and Consumer Electronics. It also has specific criteria for the brands it acquires:

The Luxembourg-based Amazon aggregator was founded by a team of former private equity, venture capital, and marketplace professionals. The company focuses on registered businesses in Europe and North America. It also dabbles in categories such as health, personal care, sports, and others similar to these.

factory14 is backed by experienced consumer-tech investors like VentureFriends, Victory Park Capital, and a few others. In 2021, the company raised $200 million for its Amazon acquisition efforts.

One of factory14’s significant acquisitions is Pro Bike Tool, a U.K.-based market leader in Amazon’s cycling category. Co-founder and CEO Guilherme Steinbruch even said it’s a premium-positioned brand they wished to partner and grow with.

Here are some characteristics the company looks for when acquiring a brand:

Merama places its focus on acquiring Latin American brands on Amazon. The company looks for leaders in various categories and accelerates their growth by investing millions in working capital. It operates with its team of experts in strategy and technology, some of whom are former employees of Facebook, Mercado Libre, and Amazon.

In terms of finances, Merama has raised $60 million in seed and $100 million in debt capital. It’s also backed by investors like SoftBank, MAYA Capital, and Advent International.

Amazon is also an aggregator

We included Amazon because it does pursue its own acquisitions. However, the eCommerce giant’s activities aren’t just for scaling the companies it buys; they also:

These activities have transformed Amazon into a marketplace for nearly everything. Some of the company’s important acquisitions include:

What Amazon aggregators should look for in a brand

FBA businesses are a plus because they’re easy to manage after acquisition. Thanks to Amazon’s fulfillment program, these brands already have an established shipping and logistics infrastructure that makes the transfer process simpler.

However, challenges can arise when the brands involved aren’t enrolled in FBA. Let’s say an Amazon aggregator wants to acquire a business that takes care of its own fulfillment, or that has a working relationship with a third-party logistics provider (3PL).

Inheriting an established infrastructure can make the transfer process more complicated. The aggregator has to ask itself the following questions prior to acquisition:

An Amazon business that earns a healthy and consistent level of revenue is a principal component that aggregators should consider. It shows the brand has proven itself to be profitable, and further growth would lead to a win-win situation.

A business whose income mostly comes from Amazon.com is also a major plus. It not only shows that it’s thriving on the platform, but it also means the aggregator will inherit operations that have one marketplace as its focal point, which makes integration easier.

Aggregators may look at whether or not a brand will do well in a multi-channel to omnichannel setup. Having a catalog that’s easily suited for both brick-and-mortar and eCommerce channels, for instance, is a strong appeal.

Similarly, aggregators should look at the brand footprint. Is the brand well-known internationally, or limited to a local buyer base?

Some aggregators have their own areas of expertise and focus on certain product categories — like how Alphagreen’s cornerstone is the health and wellness space. A brand that naturally fits into an aggregator’s portfolio is a must-have.

However, dabbling in categories aggregators specialize in isn’t enough; being a category leader is also vital. This gives companies an inkling of the business’s present performance and future growth potential.

Another prime consideration is if the products are worth selling in the long run. By that, we mean the items aren’t subject to any volatile consumer trend whose popularity fizzles out fairly quickly.

Avoiding such products and opting for those with consistently strong sales provides an edge. Also, aggregators should be wary of seasonal items. Only consider them if, for instance, their earnings as short-term top-sellers can make up for the year’s sales.

Wrapping up — Long-term considerations are paramount

Whether it’s an established, high-performing FBA seller or a business — with a strong growth potential — that fits their niche, the one thing aggregators have in common is that they search for Amazon brands they deem worthy of possessing for a long period of time.

An Amazon aggregator may specialize in a chosen area or maintain a broader portfolio, and will have different requirements for finding the right acquisition. While specific criteria will vary, the general characteristics we’ve recommended are an excellent starting point.

4 Most Popular Ways to Sell on Amazon

5 Costly eCommerce Aggregator Mistakes And How to Avoid Them

9 Tips to Generate More Revenue From Your Amazon Business